MONDAY: This is the ‘root’ task for the week. 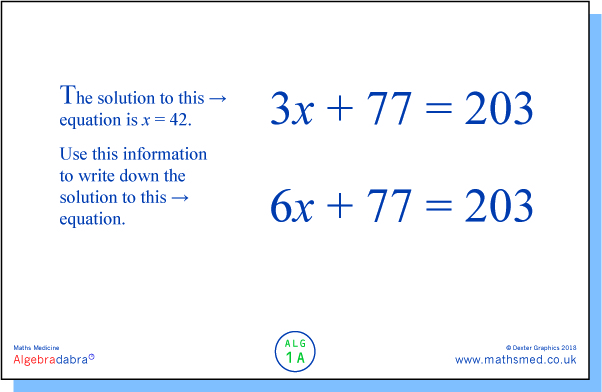 The task is designed to help students focus on the structure of the equation, rather than to reach for a familiar procedure for solving it (be it an informal strategy like trial and improvement or the use of formal transformation rules). We are not really interested in the solution per se - although it is fairly easy to find, if one uses the given information and observes the equation's structure.
-
TUESDAY: Tweaking a term in an equation can help us see what role the term plays in the equation and how it interacts with other terms. Here's another tweak of the original equation, one whose effect is relatively easy to see: 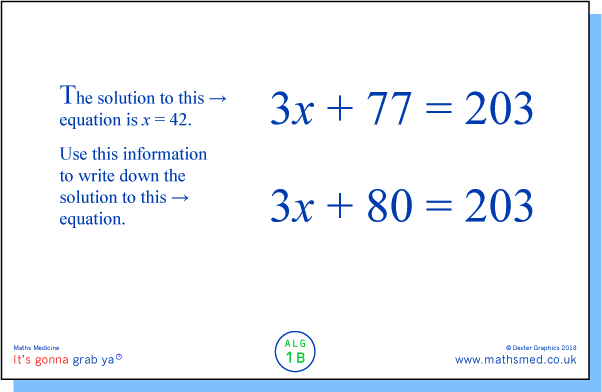 You or students might like to think of some other tweaks - which ones seem easy to construe, and which are more opaque?
-
WEDNESDAY: The tweak lined up for the middle of the week is nice and simple. Actually, I've decided on an extra tweak. Both still quite simple, but they seem to work in subtly different ways. What's going on?!

It might strike us as odd (at least momentarily), that doing the same thing additively to the terms 77 and 203 has no effect, while multiplicatively it does ....
-
THURSDAY: This is Thursday's variant. If it seems too simple, you could change 42 to 84, say, or wouldn't that make enough difference? I'd be interested to know. 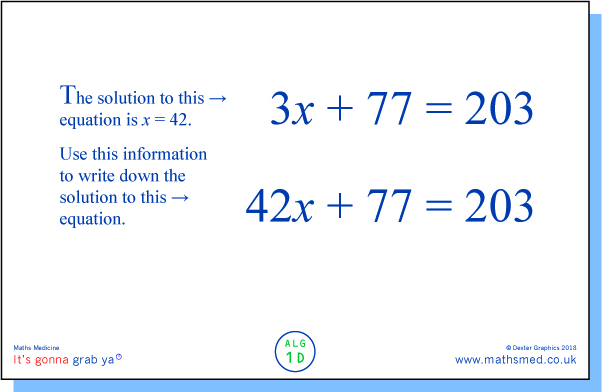 -
FRIDAY: Here's the last ALG 1 variant (for now?). With some classes, you might decide to start with an open task such as this, rather than the earlier, more closed variants. 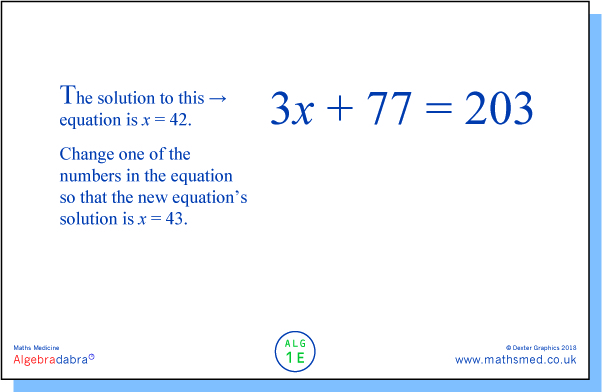 And you might (at some stage) want something more open still, eg along the lines of "Change one of the numbers in the equation - what does this do to the solution?". You might also want to investigate equations with a different form from ax + b = c.
Posted by ProfSmudge at 23:17 9 comments: